Visit our shop to see amazing creations from our designers.
BEST SELLERS
-14%

A new product of crowtail family, it’s a microwave sensor module which is applies the Doppler effect to detect moving objects using microwaves. This differs from the method used by a regular infrared (IR) sensor as microwave is sensitive to a variety of objects that are microwave-reflective, and its sensor readings are not affected by the ambient temperature. This type of sensor is widely used in industrial, transportation and civil applications such as measuring vehicle speed, liquid levels, automatic door motion detection, automatic washing, production line material detection and car reversing sensors etc. Model:CMS38743C The microwave detection method has the following advantages compared to other methods:
Add to Wishlist
Add to cart
Quick View
-15%

28.00$ + Vat
The UNO is the best board to get started with electronics and coding. If this is your first experience tinkering with the platform, the UNO is the most robust board you can start playing with. The UNO is the most used and documented board of the whole Arduino family.
Add to Wishlist
Add to cart
Quick View
-11%

57.40$ + Vat
The MEGA 2560 is designed for more complex projects. With 54 digital I/O pins, 16 analog inputs and a larger space for your sketch it is the recommended board for 3D printers and robotics projects. This gives your projects plenty of room and opportunities.
Add to Wishlist
Add to cart
Quick View
-5%

Arduino GSM Shield 2 is open-source hardware! You can build your own board using the following files: EAGLE FILES IN .ZIP SCHEMATICS IN .PDF

SIM to use with this shield

The GSM shield 2 is compatible with Data only and Voice and Data SIM. GPRS and SMS are supported by 2G Data only SIM, while voice calls, supported by the hardware, require a Voice and Data SIM, the same you may use in a GSM mobile phone. The Data transfer is based on GPRS technology and therefore it is not compatible with 3G or UMTS only network providers. GPRS is a 2G technology.

It is recommended that the board be powered with an external power supply that can provide between 700mA and 1000mA. Powering an Arduino and the GSM shield 2 from a USB connection is not recommended, as USB cannot provide the required current for when the modem is in heavy use.

The shield contains a number of status LEDs:

The shield comes with a on-board audio jack as well,  and it can be used for both microphone and line inputs. It is also possible to make voice calls. You don’t need to add a speaker and microphone. There are two small buttons on the shield. The button labeled "Reset" is tied to the Arduino reset pin. When pressed, it will restart the sketch. The button labeled "Power" is connected to the modem and will power the modem on and off. For early versions of the shield, it was necessary to press the power button to turn on the modem. Newer versions of the board will turn the modem on automatically. If you have an early version of the shield, and it does not turn on automatically, you can solder a jumper to the CTRL/D7 pad on the reverse side of the board, and it will turn on when an attached Arduino receives power. 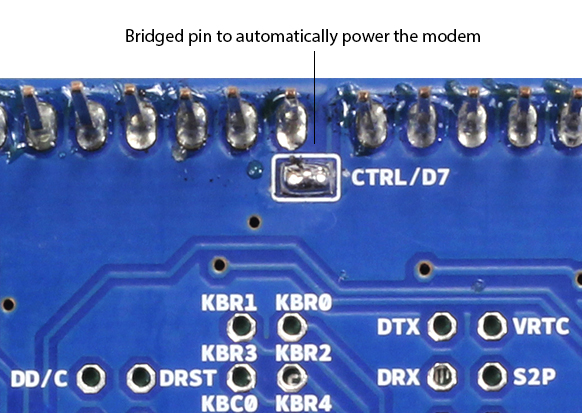 Several of the modem pins are exposed on the underside of the board. These provide access to the modem for features like speaker output and microphone input. See the datasheet for complete information. 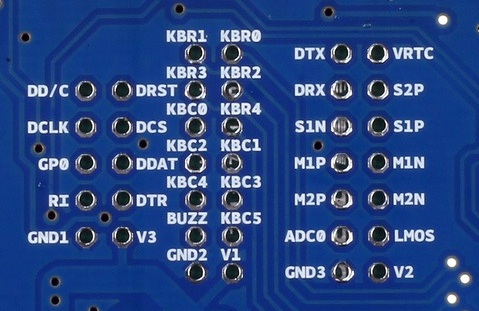 Do you own a past an old version of this product? Check Arduino GSM Shield V1 product page.
Add to Wishlist
Add to cart
Quick View
-9%

Arduino Wireless SD Shield is open-source hardware! You can build your own board using the following files: EAGLE FILES IN .ZIP SCHEMATICS IN .PDF 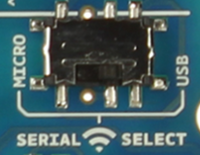 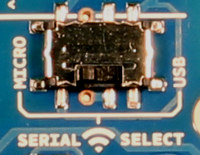 With the switch in the USB position, the DOUT pin the wireless module is connected to the RX pin of the USB-to-serial converter, and DIN on the wireless module is connected to the TX pin of the USB-to-serial converter. This means that the module can communicate directly with the computer. The microcontroller on the board will be bypassed. To use the shield in this mode, you must program the microcontroller with an empty sketch (shown below), or remove it from the board. Empty sketch: void setup() { } void loop() { }

The Wireless SD shield can be used with different modules with the same footprint as the XBeemodules. The instructions below are for the XBee 802.15.4 modules (sometimes called "Series 1" to distinguish them from the Series 2 modules, although "Series 1" doesn't appear in the official name or product description) and also for the XBee ZNet 2.5 or XBee ZB modules, both known as "Series 2" modules. All the modules, basically have the same type of configuration parameters, but differ by the function that they implement and the topologies of networks that they can create. Can communicate with each other only modules of the same family.

There are multiple parameters that need to be configured correctly for two modules to talk to each other (although with the default settings, all modules should be able to talk to each other). They need to be on the same network, as set by the ID parameter (see "Configuration" below for more details on the parameters). The modules need to be on the same channel, as set by the CHparameter. Finally, a module's destination address (DH and DL parameters) determine which modules on its network and channel will receive the data it transmits. This can happen in a few ways: Again, this address matching will only happen between modules on the same network and channel. If two modules are on different networks or channels, they can't communicate regardless of their addresses. For the "Series 2" modules you must chose which firmware put on the module to give it Coordinator, Router or End Device functionality. Series 2 use only serial low (SL) and serial high (SH) for addressing.

Here are some of the more useful parameters for configuring your Xbee module. For step-by-step instructions on reading and writing them using AT commands, see the: Make sure to prepend AT to the parameter name when sending a command to the module (e.g. to read the ID parameter, you should send the command ATID). Note: although the valid and default values in the table above are written with a prefix of "0x" (to indicate that they are hexadecimal numbers), the module will not include the "0x" when reporting the value of a parameter, and you should omit it when setting values. Here are a couple more useful commands for configuring the XBee module (you'll need to prependAT to these too). For more details on configuring the XBee module, see the 802.15.4 modules product manual or the ZB modules product manual from Digi International.
Add to Wishlist
Add to cart
Quick View
-13%

Visit our shop to see amazing creations from our designers.

Visit our shop to see amazing creations from our designers.

Visit our shop to see amazing creations from our designers.
General News

END_OF_DOCUMENT_TOKEN_TO_BE_REPLACED

Tiny exoskeleton has a huge goal

Facebook
Twitter
Email
WhatsApp
A young user tries out the exoskeleton (Credit: CSIC) When we think of mobility-enhancing exoskeletons, we tend to picture them ...

END_OF_DOCUMENT_TOKEN_TO_BE_REPLACED

WHAT THEY SAY ABOUT US